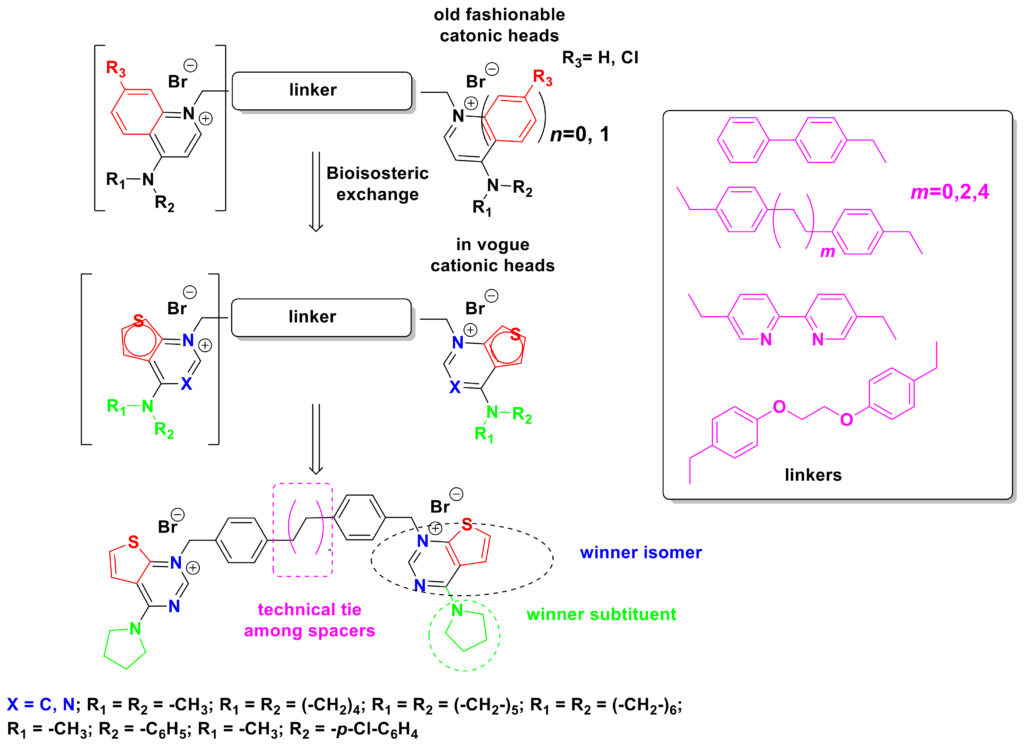 Researchers in the Biotechnology group of the Latvian Institute of Organic Synthesis, at the University of Granada (Spain) and the Institute of Parasitology and Biomedicine “López-Neyra” (Spain) have designed and characterized new antimalarial compounds with high potency, solubility and bioavailability.

Following a host-directed therapy approach, researchers synthesized and tested 41 bioisosteric compounds as inhibitors of Plasmodium falciparum choline kinase to reduce choline uptake and stop the development of the parasite at the beginning of its life cycle.

Researchers have found that some promising compounds act by the proposed mechanism of action, but some of them still show discrepancies suggesting that further studies are needed to determine their specific molecular target.

This joint research is published in the open-access journal ”Pharmaceutics” (IF = 6.32).

Malaria is a harmful infectious disease caused by the parasite Plasmodium. In 2019, there were 229 million cases of malaria. Despite the availability of antimalarial drugs in the market, many existing drugs are ineffective in many regions, which highlights the need for new therapeutic agents that work in different ways.

This website uses cookies to improve your experience while you navigate through the website. Out of these, the cookies that are categorized as necessary are stored on your browser as they are essential for the working of basic functionalities of the website. We also use third-party cookies that help us analyze and understand how you use this website. These cookies will be stored in your browser only with your consent. You also have the option to opt-out of these cookies. But opting out of some of these cookies may affect your browsing experience.
SAVE & ACCEPT