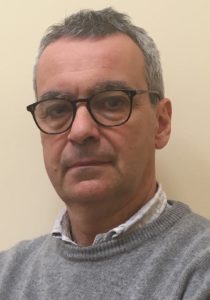 In the Biotechnology lab, we carry out structure-function relationship studies on different biological systems using molecular biology, biochemistry, biophysics and X-ray crystallography techniques. Our research interests are mostly at the interface between chemistry and biology and they focus primarily on the study of the interactions between proteins and their ligands, substrates or inhibitors. In particular, we investigate the functional and the structural properties of members of the cadherin family of cell adhesion proteins and of several different enzymes for diagnostic and therapeutic applications.

Dr. Emilio Parisini’s scientific background is in molecular biology, structural biology and solid-state chemistry. He received a Ph.D. in Chemistry from the University of Bologna (Italy) in 1995 and carried out post-doctoral research at the Universities of Göttingen (Germany, 1995–1997), Cambridge (U.K., 1997–2001) and Harvard (U.S.A., 2001–2009). In 2008, he also obtained a M.Sc. in Epidemiology from Harvard University. From 2010 to 2019, he was a Group Leader at the Center for Nano Science and Technology of the Italian Institute of Technology in Milano (Italy). In 2019, he became Principal Investigator (ERA-chair holder) at the Latvian Institute of Organic Synthesis.